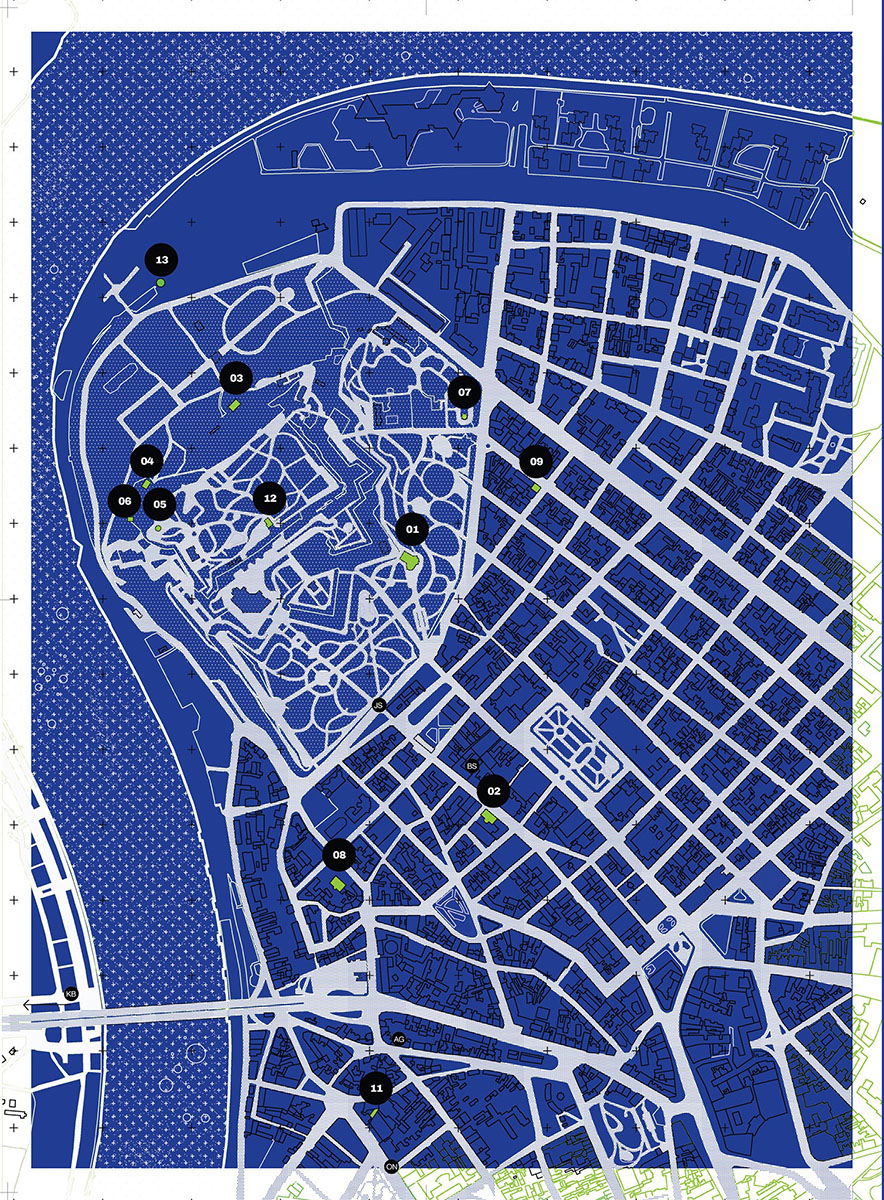 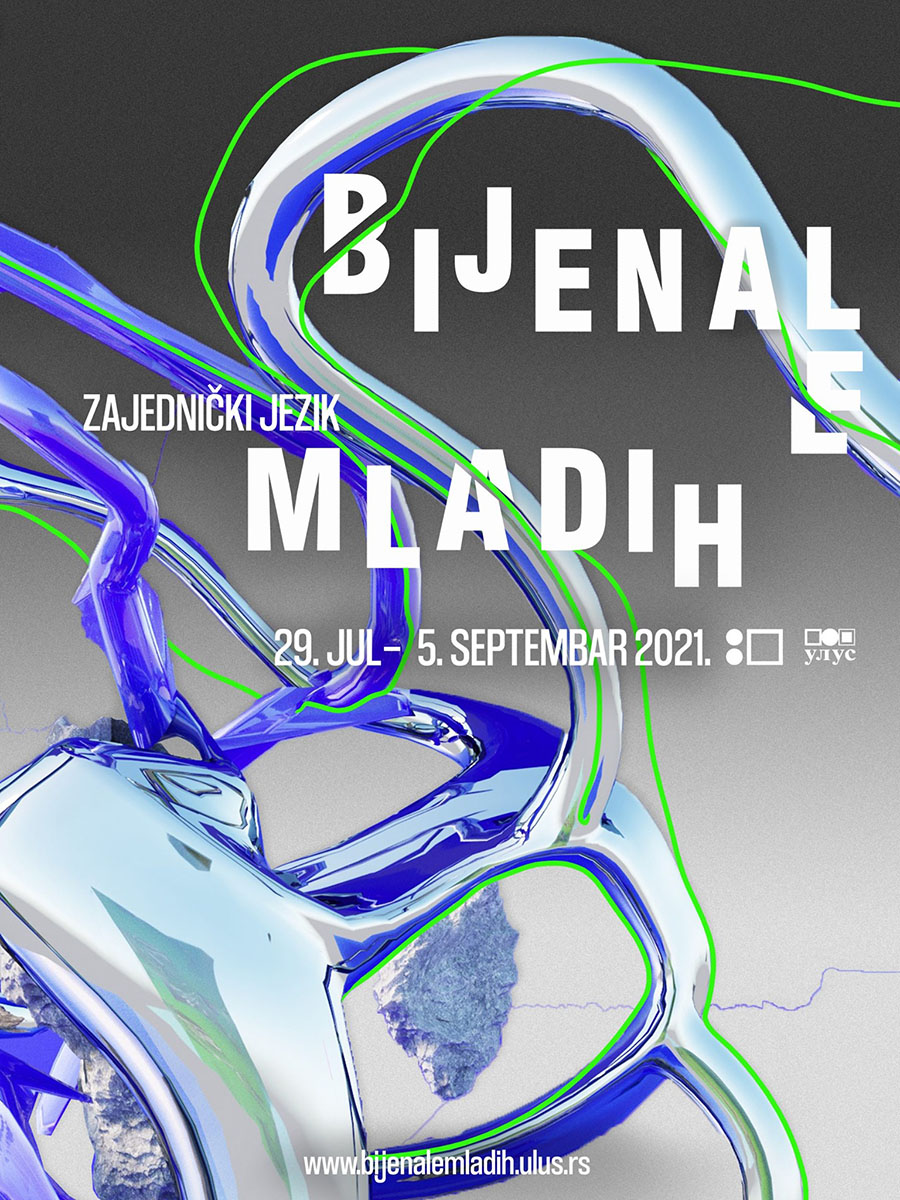 /// ABOUT THE YOUTH BIENNIAL

The Youth Biennial is an event under the umbrella of the Society of Fine Artists of Serbia (ULUS), within which an international exhibition of contemporary art is organized which also includes workshops for the production of new artworks with a team of curators from Serbia as well as a multiple week long discursive program. When it comes to the program, the Youth Biennial has been envisioned as a place which answers to the collective needs of all the people who participate in its creation, which includes not only the production and performing of artworks, but also the building of discourse and the distribution of knowledge. In the organizational sense, the Biennial has been envisioned as a platform for a horizontal collaboration and exchange of new and affirmed actors in the field of art, which is open to new participants and partnerships, foreseeing the possibility of continued or occasional engagement. The initiative for the restarting of the Biennial, as a cultural framework in which visual artists would pool their works, rests upon the heritage of the Youth Fund (1972-1990) which has been entrusted to ULUS for safekeeping, and originated from the Youth Fund of “Moša Pijade”. Additionally, the larger framework of this undertaking is the tradition of organizing the Youth Biennial in our area, the exhibition which has for three decades been held at Rijeka (1960-1991) and then in Vršac (1994-2004)

//ABOUT THE LANGUAGE IN COMMON EXHIBITION

It is far easier to dream about dreams of commonality than to live them. To speak a language in common, means using the common signifier “we” but also doing it carefully. We do not want to speak on somebody’s behalf, but rather to try and establish a new collective body which “speaks” this language by understanding and feeling the same problems. That language knows only the plural. It has multiple meanings, it is supranational, transcultural, it doesn’t know nor is it concerned with boundaries. It is, above all else, an exchange, and as such it is not possible to find only one point of intersection where all the roads, ideas and perspectives converge and all the voices merge. There is no need to search for such a singularity. Instead of the one point of intersection we are developing constellations, instead of a gentle touch we opt for permeation as a strategy. Instead of occasional meetings, we offer tangling which cannot be untangled as a new approach. Instead of using sporadic, familiar words, the entire linguistic apparatus based on understanding becomes the means of communication which we use. When we speak a language in common we don’t speak in generalities, but we do speak about generally present points of worries. If new beginnings and new worlds are possible (and we believe that they are) how are we going to establish a new collective body which will live through them? How do we use noises of contemporary society to explore the horizons and spaces of the future which are hinted at? How do we imagine and reach them? Our world might not have had an atomic explosion like in the song “I Melt With You”, but it is on the verge of a social, ecological, and economic collapse. And it is exactly in this kind of world where we feel the need to build a new collectivity because it is an imperative for us. A collectivity which doesn’t measure its strength in neither tight rows, nor a plurality. It is not built through the fantasy of a grand collectiveness, but through a lot of small connections – through a lot of melting and merging (The Cvijeta Zuzorić Art Pavilion), through collective dreams or nightmares about better lives (The Planetarium), through all of those things which we are yet to fight for or against together (The Barutana) … It is built slowly and carefully through a plethora of gentle relations and relationships, sparkling flows, an exchange of energy, electricity, vibrations. Connective tissue of the new collective is neither firm not fixed. Limits are non-defined, there are no sharp edges. The new collective is, above all else, a heterogeneous flux. It is gentle, flexible and fluid – but precisely because of this, extremely resilient as well.