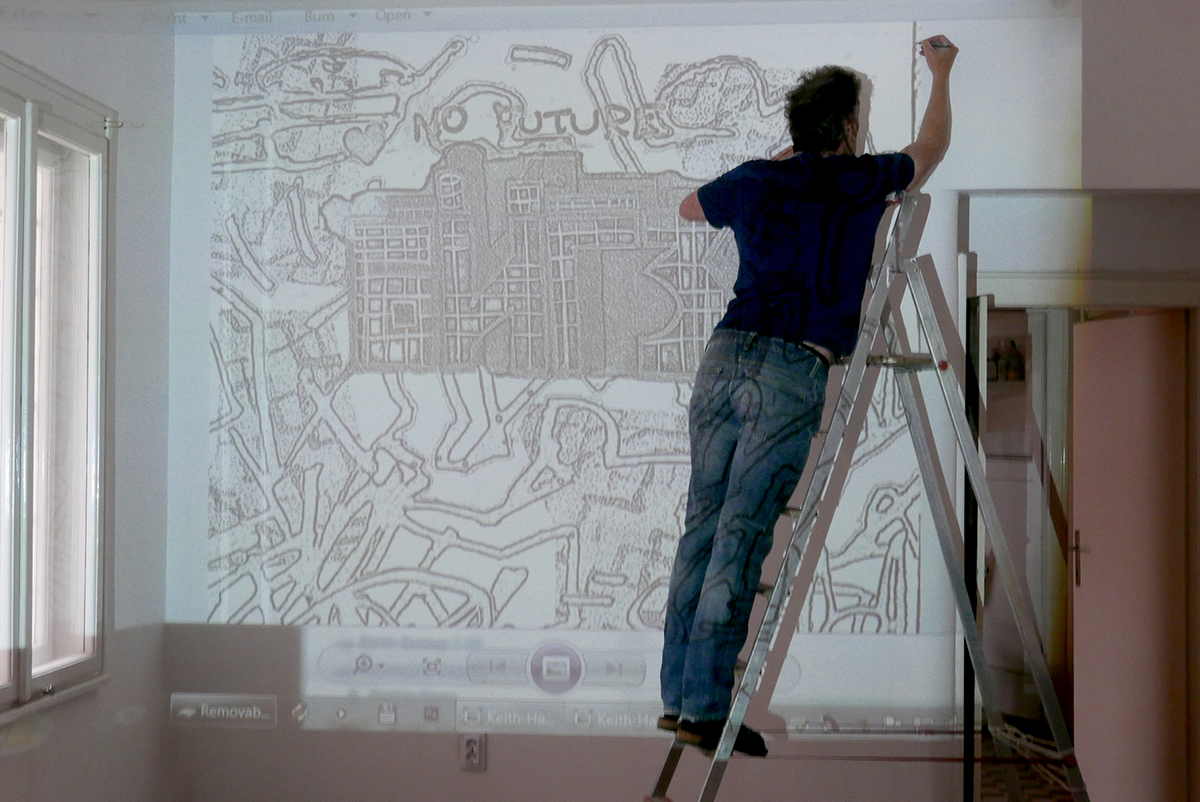 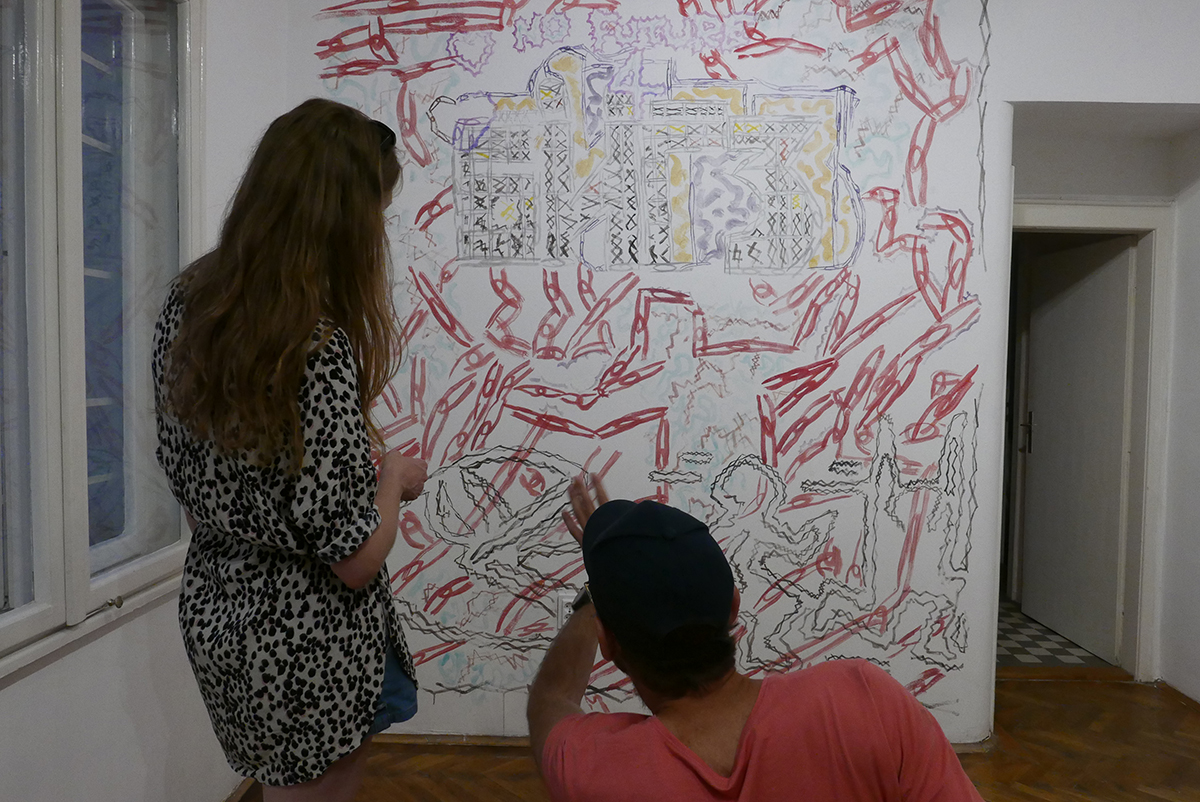 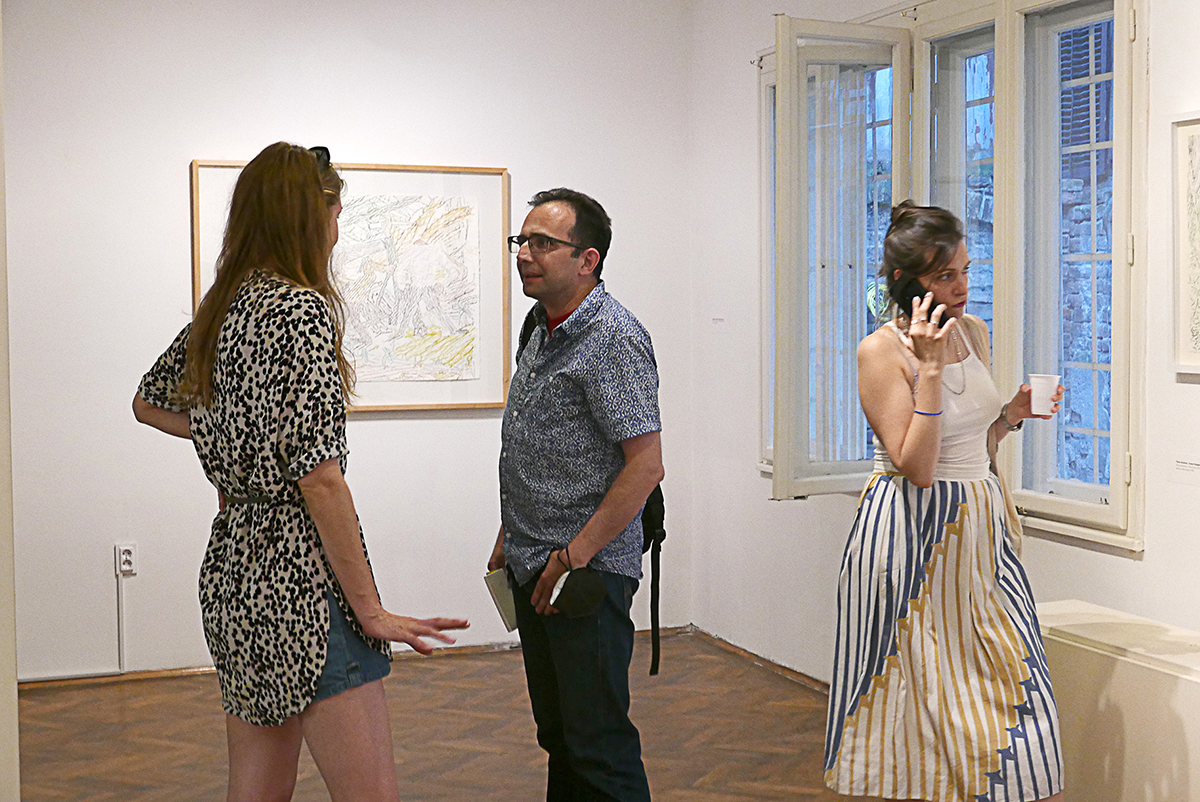 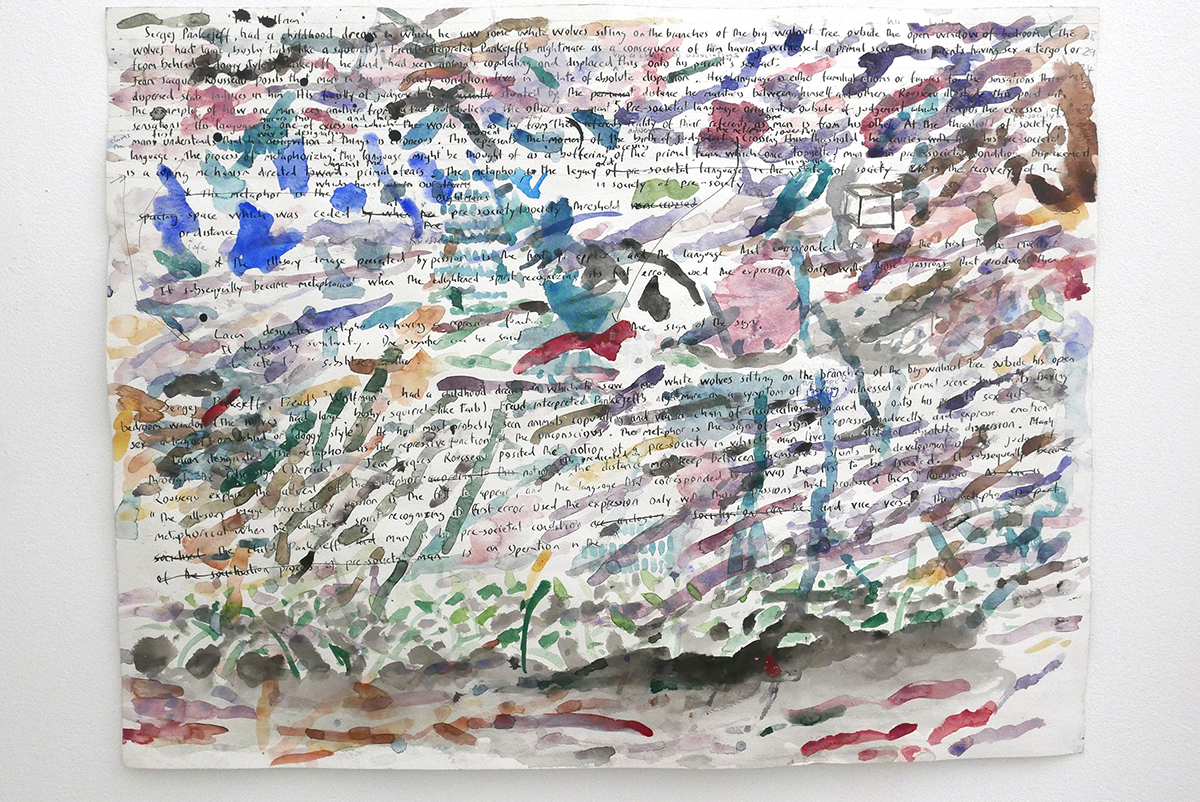 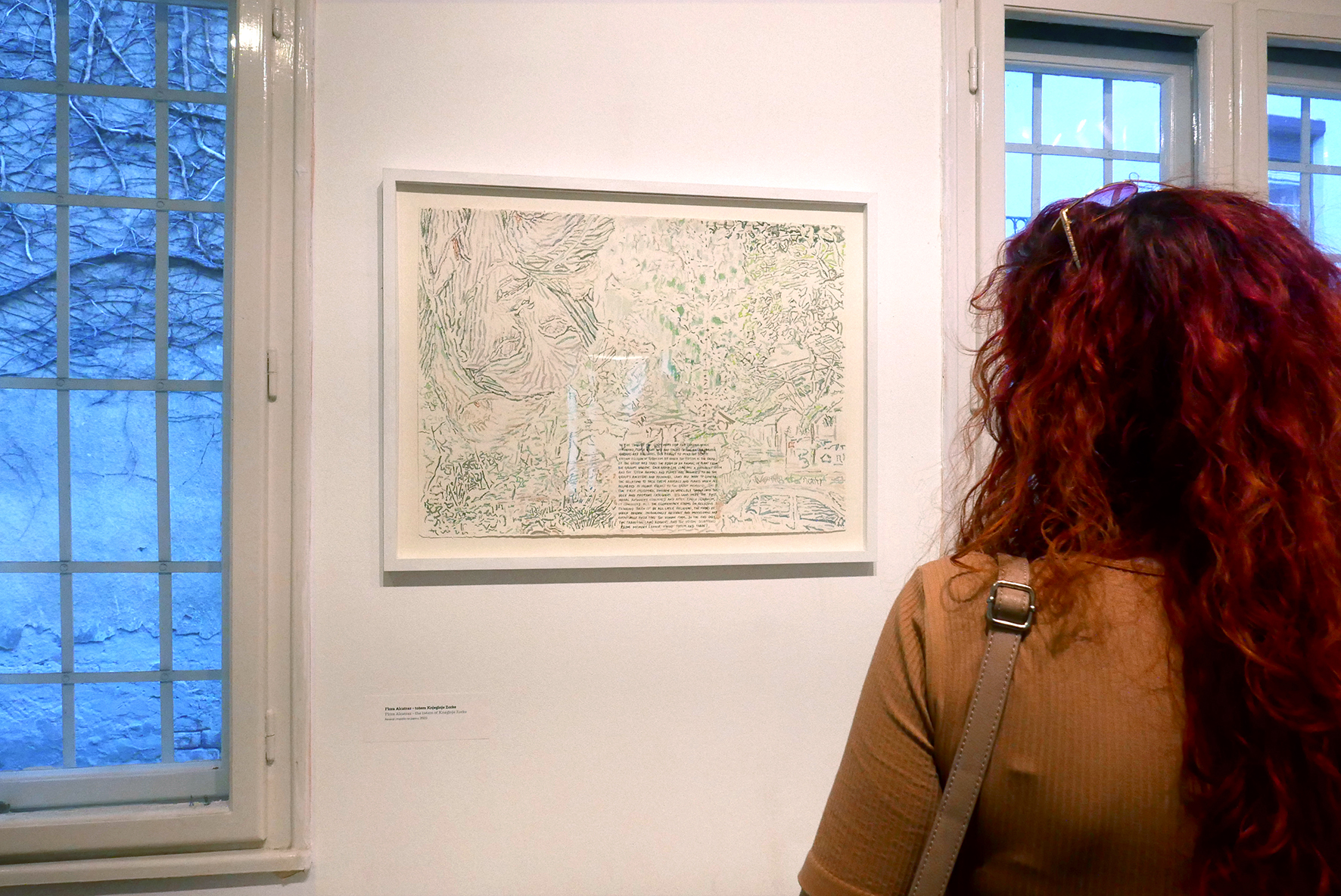 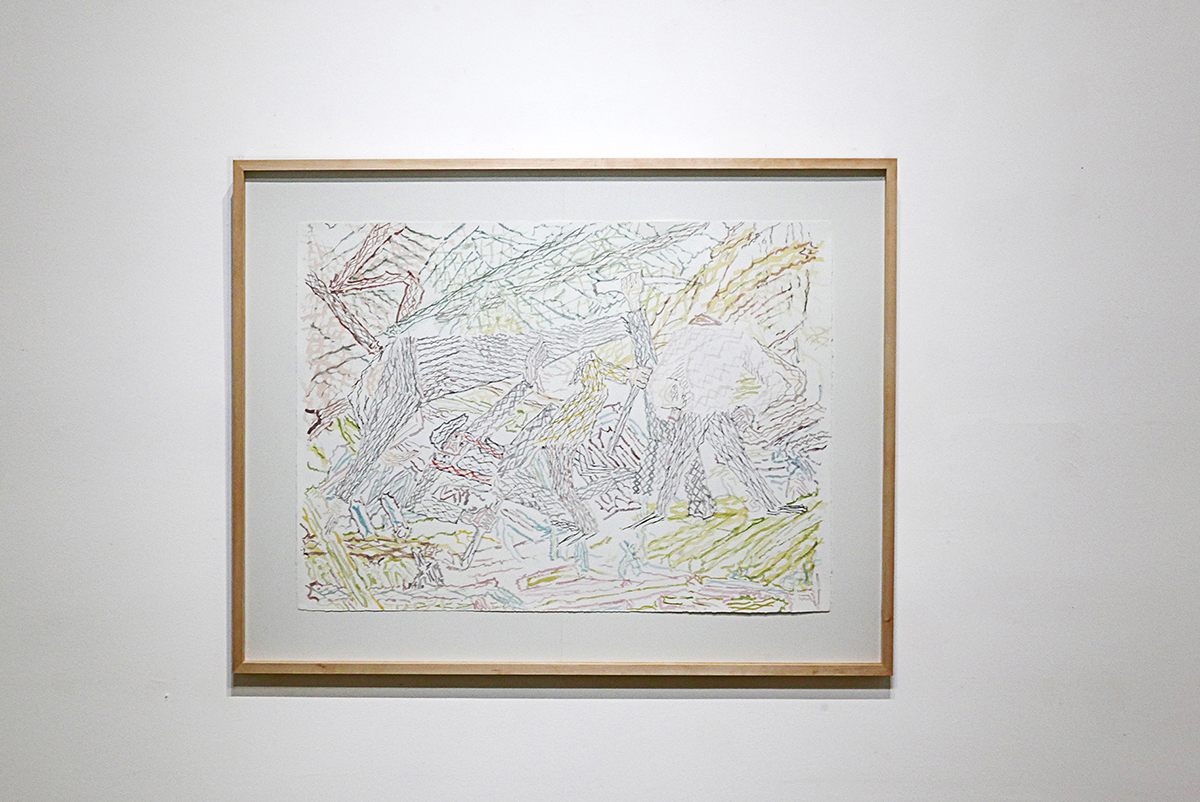 We have opened up our exhibition space to painter Mark Brogan who has over a period of time used it to continue his watercolour and drawing research expanding it towards wall painting. In addition to his recent large-scale body of work we will show his new experiments in which he employs the space of the gallery as a medium, treating it as a canvas and a sketchbook.

British painter Mark Brogan has lived in Belgrade, Serbia for more than fifteen years during which time he has built a reputation as a translator of texts for galleries and publications from Serbian into English. His paintings reflect the research required by this process and the necessary investigations into the practice and theory of contemporary art. He combines these sources with elements originating from current debates, news articles and elements drawn from the fabric of the everyday. His interest in the recent history of painting leads him to ‘quote’ particularly from 20th century works in an effort to examine their relevance and traction in the light of current preoccupations in painting and contemporary art practice in general. The texts incorporated into the paintings reflect an interest in philosophy and self-enquiry while questioning the transliteration of language into visual tropes.

The opening will take place on Saturday 12 June at 7 p.m. and will be followed by a reception in our garden with drinks, snacks and music.